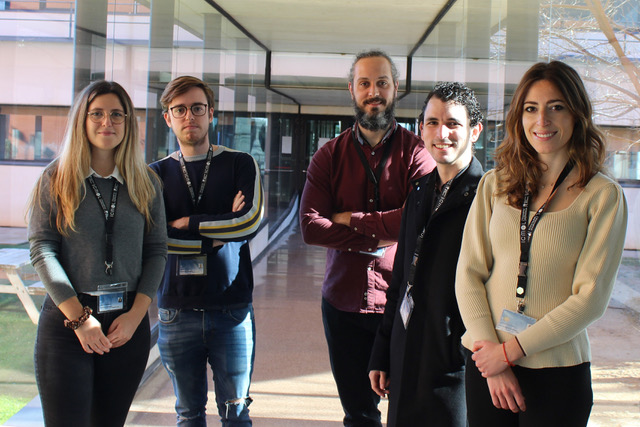 NANOMEM, THE DISRUPTIVE PROJECT TO DESIGN NEURONAL ‘CHIPS’ THROUGH CHEMISTRY

One of the great challenges faced by researchers and technologists is the design of devices with efficient information processing capacity and the ability to generate new knowledge. This is a natural demand of today’s world however subjected to fundamental physical limits.

Up to now, classical computing has been providing answers with devices that are already very familiar to us, such as computers,  smartphones, or tablets. Thus, by using a classical computer we can tackle a very wide range of challenges, but its efficiency is notably reduced when facing big-data problems such as artificial intelligence or pattern recognition.

Fortunately, beyond classical computing, other disciplines have emerged, such as quantum, biological and neuromorphic computing. In particular, the latter aims to emulate the behavior of the animal nervous system through algorithms and integrated circuits.

The NANOMeM research project is led by the researcher Salvador Cardona S. at the Institute of Molecular Science of the University of Valencia, under supervision of professor Eugenio Coronado. NANOMeM is distinguished by exploring these neuromorphic solutions from the point of view of the Chemistry. Their objective is to generate new materials that add versatility, energetic efficiency and larger capacity to electronic chips inspired by neuronal behavior, which are usually called memristors.

A memristor is an electronic device capable of modifying its resistance according to the amount of charge passing through it. “Our goal is to develop new materials to make hybrid chips where we combine high-performance molecules with electronics. Our aim comprises mimicking, using our chemical knowledge, the neuronal synapse, the mechanism through which neurons communicate within their networks,’ says Cardona.

The materials proposed for this new type of organic memristive devices have recently been published in the scientific journal Advanced Electronic Materials. Chemically, it consists in a polymer composite embedded with certain ionic salts. The memristive properties of such materials are, according to the authors, unique: reversible, showing dozens of conductive states and exhibiting the neural property known as Hebbian learning which translates in simulation of the brain plasticity. The proposed neuromorphic material is said to be tunable, cheap, flexible, easy to process, reproducible and more biocompatible than its inorganic analogues. NANOMeM’s novel and disruptive approach is the incorporation of chemical solutions and the generation of molecular materials as active components in these devices, thus improving the capabilities of these neural “chips”. This arises from the intercollaboration of areas such as Physics, Computer Science, Mathematics and Chemistry itself.

NANOMeM’s neuro-inspired devices have already generated a first industrial patent application for its polymeric ion-based materials to build synaptic devices. This industrial license includes the experimental synthesis and characterization of an organic synaptic device that has already been proven to be biocompatible and highly efficient energetically. Such achievement confirms this team’s ability to conduct cutting-edge scientific research in an interdisciplinary setup. In fact, the NANOMeM team received the Entrepreneurial Potential 2020 award from the Valencian Universities Network for its business model to develop these neural chips, the company NANOMeM TECH.

NANOMeM is a highly innovative neuromorphic project developed at ICMol, which is a center accredited as a María de Maeztu Unit of Excellence. The project mentor, Salvador Cardona S., holds a PhD in Chemistry and is a senior researcher at ICMol, with experience in a dozen R&D&I projects funded through competitive concurrence, including two from the European Research Council (ERC). His multidisciplinary research -which comprises from theoretical chemistry to the physical characterization of molecular materials – includes two predoctoral researchers, Carlos D. Prado S. and Silvia Giménez S., as well as Denissé de Dios T., who works as a support technician.

The team led by Cardona aims to generate disruptive knowledge with a short-term impact. To achieve success, the project works in collaboration with an extensive network of agents, universities, research centers, companies, platforms, and associations. Among them, it is remarkable the National Microelectronics Centre (CNM-IMB), an entity which confirmed both the compatibility and scalability in fabrication of large-scale memristive devices.